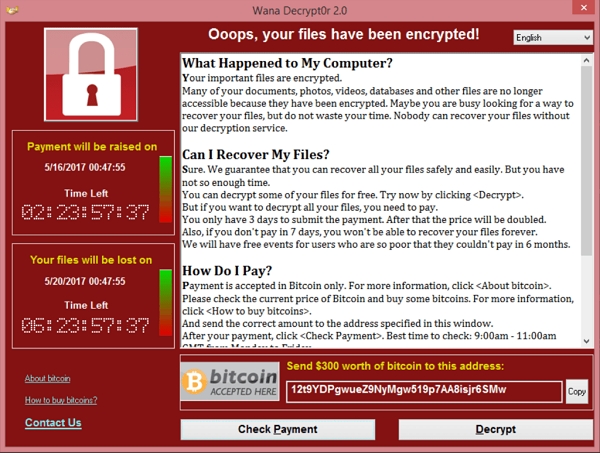 I thought I would make a few comments about Cyber Security and specifically talk about a recent attack in the last year. One year and 5 months ago the NHS was attacked by a hacking attack. Fortunately, someone was able to figure out how to stop the attack. However, this attack weakened the NHS structure both physically and as an operation over the whole of United Kingdom The name of the attack method was called WannaCry and this is a Ransomware attack. A ransomware attack can block a user’s access to their data. The NHS staff could not access the records of patients within the NHS because of the WannaCry. This NHS became vulnerable to this attack through an exploit found previously within the Windows system. This had been patched by Microsoft but if you do not apply patches to your systems regularly then your system will still be Vulnerable. The NHS was not specifically targeted but was caught out in the crossfire by the attack.

So there are a few lessons to be learnt from the attack.

The 1st lesson is to make sure systems are updated regularly to make sure little no vulnerabilities in the software still exist.

The 2nd lesson is to keep information securely hidden and safe from any persons or user’s who you do not want to access your data.

Tweet
Published in Blog
More in this category: « The end of Passwords? When things go wrong, what happened with O2? »
back to top